From the JREF: The Latest Virgin News 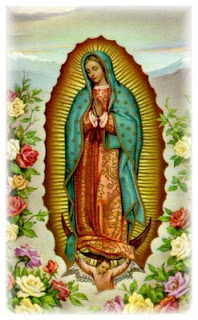 From the James Randi site, The Amazing Randi comments on a letter he received from a fellow skeptic and anti-woo. (Randi comments on a letter: The Latest Virgin News.) The letter writer is astounded by the beliefs of "woos" in regards to a painting of Our Lady of Guadalupe. (For those unfamiliar with James Randi, he is a so-called skeptic, really, a pathological debunker. He's also an author and was a stage magician, and has been around for decades. His site is full of skeptic links and news, including a very busy and popular forum.) The letter writer describes a news item he saw about Our Lady of Guadalupe, where the religious can hear the heartbeat by putting their ear up to the painted pregnant Virgin, or see her eye move.

I'm not sure why this letter writer, as well as Randi's, responses bother me. It's not that I believe that the faithful can hear the heartbeat in the pregnant painted stomach, or that Mary's eye moves. I'm not even a Christian. So what do I care?

Part of it is simply the rude attitude on the part of Randi, the letter writer, and the ones who left comments. Insults and rudeness are a given in that crowd, and they feel perfectly justified, for they will tell you they have the right. When it comes to combating base superstition, anything goes, they say. Another reason it bothers me is because clearly, as with all things like this, things simply aren't so black and white. Much more is afoot, and sometimes it is magic, (or magick) sometimes it's devious aliens with advanced technology, it's a symbiotic dance between ourselves, our inner selves, and out there . . . it's many things, manifesting in many ways, through many things, including icons, religious symbols, . . .

There is a line most of draw in this context. I have no patience, or politeness, for those who use religion to persecute or oppress. Homophobics and misogynists, child abusers, and those who want to impose a theocracy on the rest of us deserve our outrage.

But that's a different context.

Rational explanations are given by some on the Randi forum for this vulgar display of relgious faith. A common one is that in times of cultural or political anxiety, people start believing weird shit. Sigh. 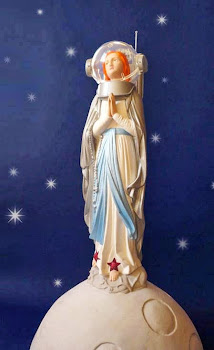 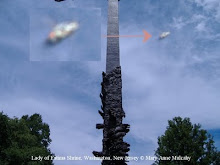